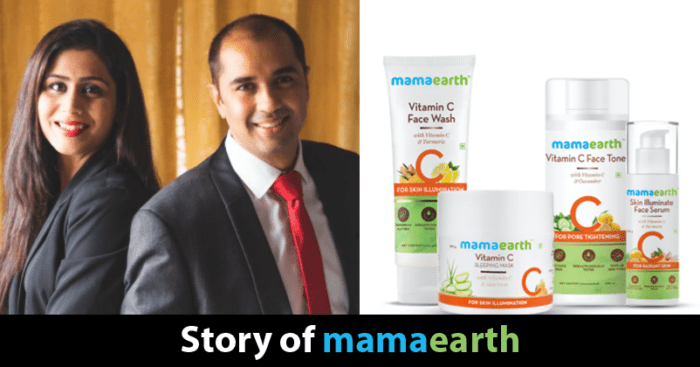 First of all, let’s know about Mamaearth.

Mamaearth is one of the finest names in the e-commerce industry whose pivotal focus is on beauty and baby-care products.  Considering its foundation takes us back to the year 2016 and we see that they have had a roller coaster expedition since then. Being the brainchild of the parents of a newborn, it gets its bedrock in the form of the objectives like honesty, safety, mum empowerment, and the use of the best ingredients.

Chiefly, the company’s major dealings are in all sorts of baby products. This ranges not only from skincare to haircare products but also from toys to diapers. Apart from this, their trade also includes toys, cosmetics, accessories, and food. The most appealing aspect of this e-commerce initiative is that it aims to take care not only of the babies or toddlers but also of their mothers who bring them into this world. In support of this, they have a wide variety of pregnancy products available for both prenatal and postnatal women. In order to expand its domain to individuals of almost every characteristic, it offers skincare and hair care products for men too.

The initial phase of the year 2018 proved to be delightful for the FMCG company, Mamaearth. It was when the actress and entrepreneur, Shilpa Shetty Kundra walked into the picture not only as the Brand Ambassador but also as one of the investors that the company witnessed its boom.  The association of a celebrity with the brand not only boosted its growth but additionally, it made it easier for the consumers to believe in the promised quality of the products.

Despite walking into a competitive market with major players such as Johnson & Johnson, Unilever, Kimberly Clark (Huggies), and Procter & Gamble (Pampers), Mamaearth has flourishingly succeeded in creating a place for itself in the cosmetics industry. In short, it has managed to become an incendiary for the already established companies in a very short span of time.

It was back in the initial phase of the year 2019 that the Gurugram-based e-commerce company, Mamaearth was facing several technical glitches. One of their websites was on the system with Woocommerce and another one was assigned to a distinct company for almost half a year with no signs of significant progress.

Also, the deadline was surpassed with no further advancement.

Apart from this, their then ongoing website was becoming a matter of great concern as it used to go down in the peak hours of the much sought-after weekly sale called ‘Wow Wednesday.’

The worrying factor associated with this breakdown was that this was not only tainting the image of the company but was also leading to the loss of created impression among the users eventually. Additionally, there were other causes of worry such as financial loss and losing customers due to this malfunction.

Owing to such a catastrophic situation, Mamaearth approached FarziEngineer and laid down a venture under which the latter was supposed to take up the former’s ongoing website there and then.

After this, well! There was no turning back. The efficient team of FarziEngineer scaled the system to more than 2,500 orders in less than a month. Elated with this boost, another website was assigned to FarziEngineer which they managed to launch within the first two months of the year 2020.

As a result, the number of orders handled on days without sale increased by almost 550% per day. On the days of the sale, however, their system was enabled to deal with roughly 50-60k orders per day.

Creation of the Mamaearth app

Triggered by the success of the Mamaearth website, the next breakthrough was the fabrication of an app for the D2C e-commerce platform. Team FarziEngineer launched the application for Mamaearth in the first quarter of the year 2021 and received a totally unanticipated and overwhelming response of 120k downloads within just two months of its launch. Getting a 4.5+ rating on the store is a testimony to the smooth user experience and light weightedness promised by its creators.

It was a matter of absolute amazement when the retention rate increased from 30% to 50%. The response received from the user base was indeed beyond expectations. The other advantages that came with the success of the app were reduced server cost and scaling of the customer support dashboard. The team focused next on enabling the coupons and undertook the maintenance and development of the app on daily basis. During the course of this, the architecture of the application was also changed for the better.

One of the major consequences of these tireless efforts was that the page loading speed was reduced by almost 62.5%. On top of that, the conversion rate was approximately doubled. This entitled the app to handle nearly one and a half lakhs orders per day, thereby marking an end to the technical pitfalls that were faced initially.

Let’s build another case study for your brand  Contact us now.

We hired Farzi engineers when we were struggling to scale at Mamaearth because website was not able to handle the traffic. Ashutosh & Gaurav first came in as consultants and stabilize our previous website so that we can run business smoothly on older stack. Within 3 months, they launched a new website which has the capability to handle at 10x traffic of previous one and with a lot more features. Soon after optimization, we were able to increase our conversion rates and hence our CAC starting going down. Running business had become much smoother and efficient. I would like to recommend Farzi engineers to growing D2C brands and look forward to working with them in future projects. Keep up the good work.