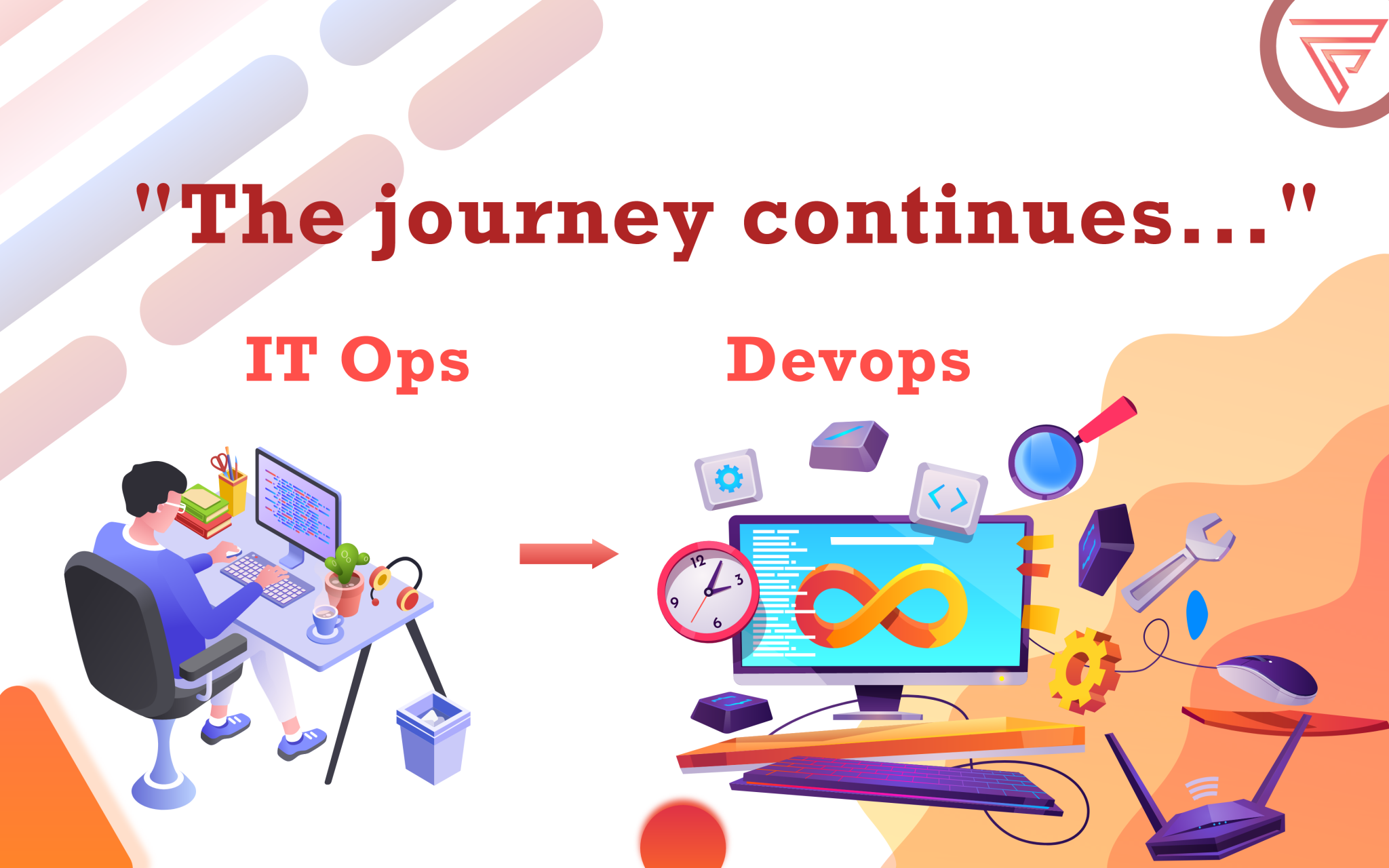 ITOps often refers to three areas: network infrastructure, computer operations and help desk, and server and device management. Though these areas are flexible depending on your company, these are the most common divisions for ITOps.

Network infrastructure is the hardware and software that is the structure and safety for the company’s network. This area can include:

1. Installing and managing networking functions for internal and external IT communications

5.Overseeing network health and altering network personnel with any issues

Inherent in the name, developers are easily recognized as developing applications or programs. But DevOps can also refer to the many areas that ITOps may not touch, such as business analysis, design, coding, testing, and custom software. Because the DevOps team is working on hard deliverables, they often find that it is easier to maintain their own network administration for pre-production environments.

What have been the changes in the operations today from the traditional ITOps ?

In older IT structure models, developers would necessarily loop in ITOps to any change they made or any issue found while testing. As programmers and developers become more crucial to companies, this older-fashioned structure can hinder the agility and speed that the DevOps team needs.

Structuring your IT responsibilities under the DevOps theory, then, holds that ITOps should relinquish some areas of responsibility to provide DevOps with the tools they need to develop rapidly and innovatively. In practice, ITOps and DevOps must collaborate and communicate so that these product deadlines are both timely and frequent, while still maintaining the reliability and security that ITOps provides.

What is this buzz word today known as NoOps ?

In some ways, NoOps seems like an idyllic concept. Let’s consider the positive effects of a NoOps environment:

1. With ITOps automated, the likelihood of human error decreases significantly.

Many issues that arise in IT environments are based on humans making a change in a complicated and complex network. If the change isn’t vetted through every single possibility and later stages of the lifecycle, there can be issues that create network outages, reducing work time for many employees. NoOps would eliminate downtown and improve performance because no human intervention would be required in a fully automated system.

2.DevOps can accelerate all collaboration.

In a NoOps work culture, there are no ITOps, so the friction that exists between their regulatory and compliance role and the speed and innovation role of DevOps.

3.ITOps can elevate their role.

ITOps proponents worry that a fully-realized NoOps culture would remove any need for them. Industry analysts recognize this, but also believe that ITOps can become a more consultative and strategic team, partnering with developers and other teams in the company to ensure better access to the tools they need. Some suggest that ITOps can even embed into the developer team, though working with the agile framework of DevOps.

Is NoOps a possible approach or just an imagination ?

Still, some in the industry believe that NoOps isn’t the automated utopia we imagine it to be. With only a single team of developers, and no ITOps, the burden of too much responsibility could hinder app developers from rapid production. This burden means that a subdivision of developers could be possible, such as infrastructure developers separated from application developers.

This subdivision inherently questions whether a true NoOps environment is possible, or whether a re-imagination of ITOps is preferred. If ITOps can become more automated-focused, they can continue to provide a consultative and innovative approach to IT across the entire company while still allowing DevOps to move forward with as few tethers as possible.

The benefits of outsourcing Ecommerce tasks in your business

Scrum vs Agile – the thin line of difference