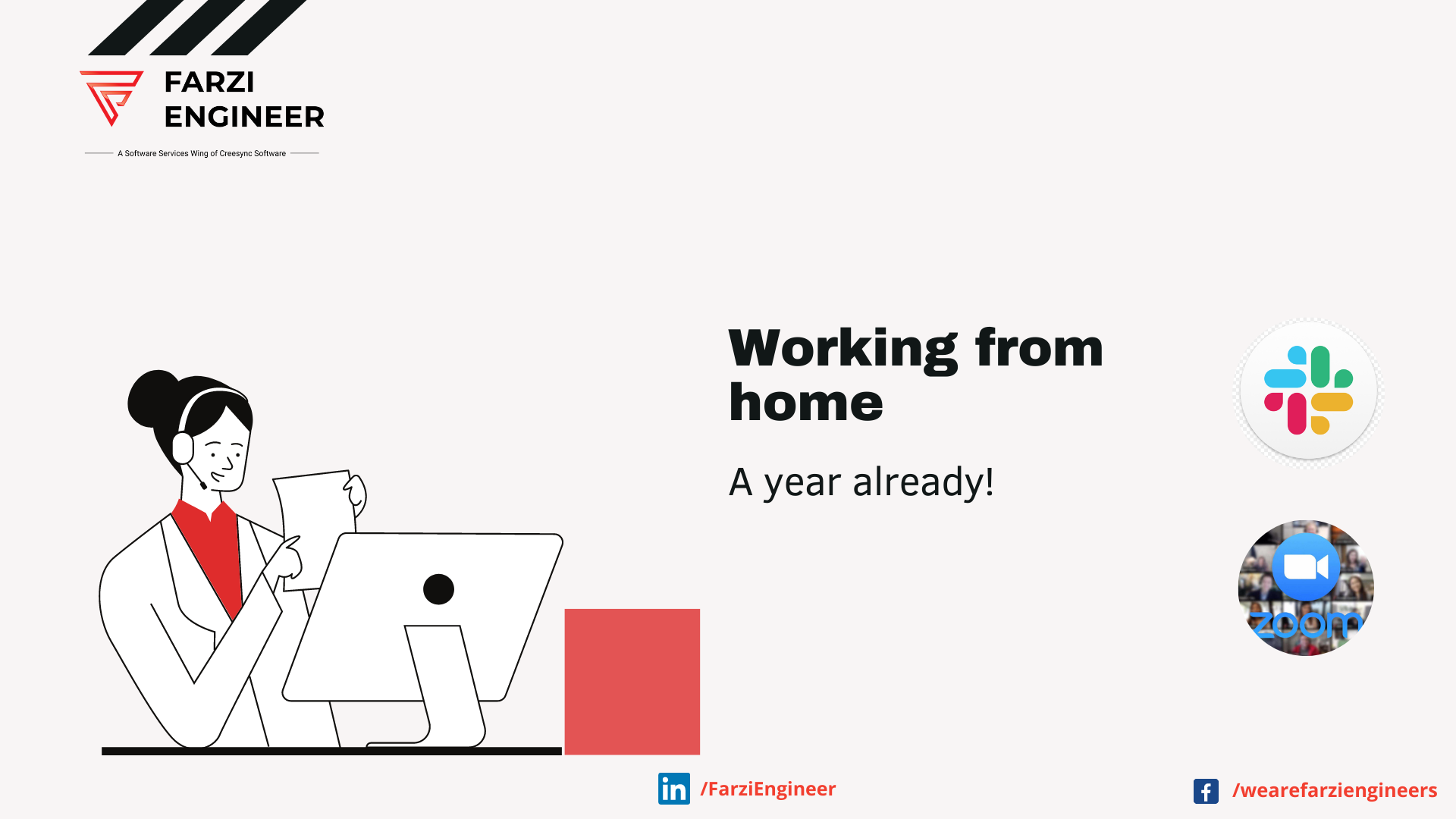 So, talking of the days when it was the season of residing on revolving chair and sitting in a cubicle in the office; when stealing a conversation with a colleague in the cafeteria was all that one could ask for and when the virtual meetings were just a luxury, availed only for conferencing with clients overseas. Today, it has been a year since we had to say an unanticipated goodbye to the office and switch over to what became the new normal: Work from Home.

Time changes real fast. There was one when asking the permission of the boss to do work from home was not an easy nut to crack. Only under some emergencies or special circumstances, employees were allowed to work in the virtual mode. Little did the corporate humans know that a time would come when it would become universal and would have to be adopted unanimously.

Working from Home however, posed challenges of its own. Some of the widely faced glitches are as mentioned below:-

It is not a wonder though that we have come up with aids to all the aforementioned issues faced. We strongly believe that there is no problem without a solution. All we need to do is think in the right direction and then come up with the optimal cure.

For the ease of communication and so that all the employees of the organization can assemble at the same time virtually, a meeting is held at a fixed time on all the working days. Here, it has been given the name, ‘StandUp.’ This session stretches to almost half an hour and in this, each person delivers the work they have done the previous day and also talks about the task that they have in hand for that particular day. The chief benefit of this online get-together is that everyone gets an idea about what others are up to and this leads to easy identification of blockers, if any.

Slack, the workplace app, has been the knight in the shining armor for all of us. It is the platform which is used by all the employees for communicating with each other so that a record of the shared documents, files, sheets, images etc. can be easily maintained. Various channels have been created on the basis of the work that people are supposed to do and it helps to bind the people doing the similar work together.

To tackle the problem of excessive screen time, one is allowed to take mild breaks in between work as per the need by informing in the common channel. THis not only helps the employees to get refreshed but also fosters their efficiency in delivering the output.

In cases like power or server failure, one can inform about the circumstance and then resume their work when the working conditions are suitable. As per the ease of the worker, they can even work at night to meet the requirements of the work.

As far as the celebrations and light hearted sessions are considered, the company has organised a virtual Christmas party on the occasion, held virtual debates and yoga sessions to promote healthy working conditions for the welfare of the employees. It goes without a doubt that such events have succeeded in eradicating the stress generated (if any) and also enables the employees to get to know each other in a better way.

All in all, working from home has been both a learning and a terrific experience for us and as we look back and realize that we have completed a year of it, we feel proud that together, we can fight the unbeatable foe!

6 ecommerce metrics every business owner should measure to comprehend better

From retail to eCommerce: Journey of Anand Prakash with FarziEngineer